The following are Route-Time™ maps of travel times in Phoenix with JPods. 24 hours a day, 7 days a week. From the Red Cross (upper left) you walk to the nearby station, ride to another station and walk from that station. Where you can walk, ride, walk in 5 minutes is Green, 10 minutes is Blue, 20 minutes is Yellow, and 30 minutes is Red. 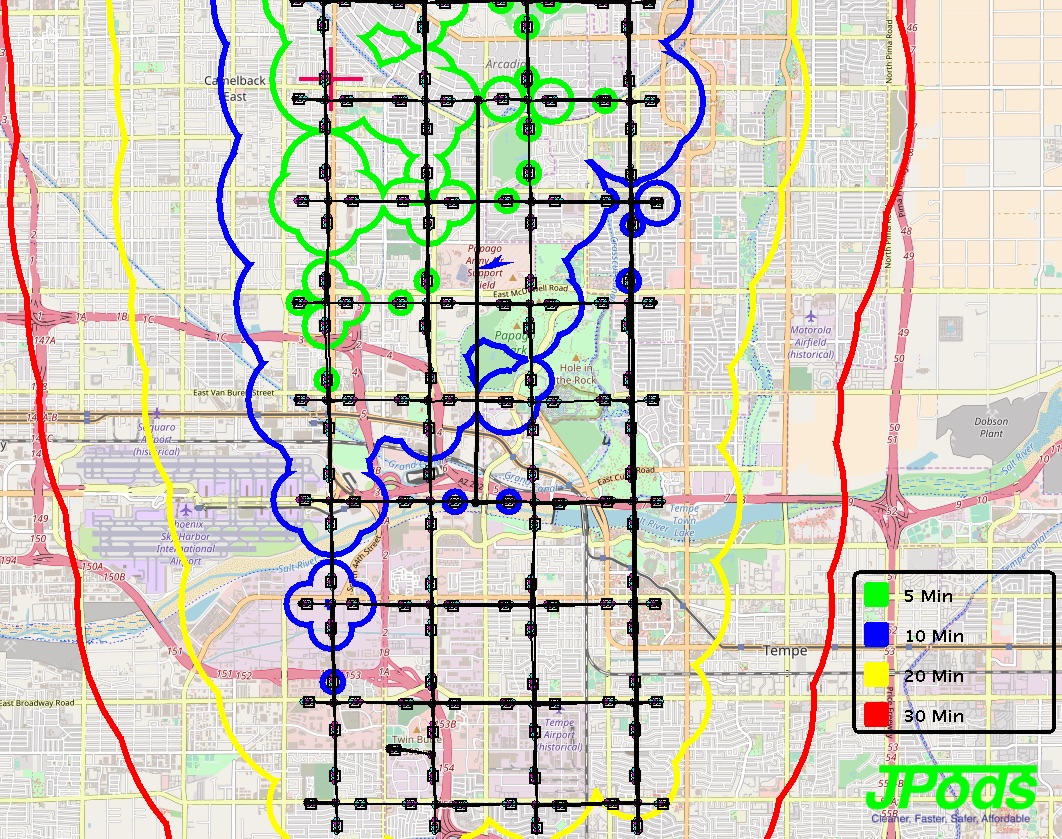 Red Cross is by the airport. 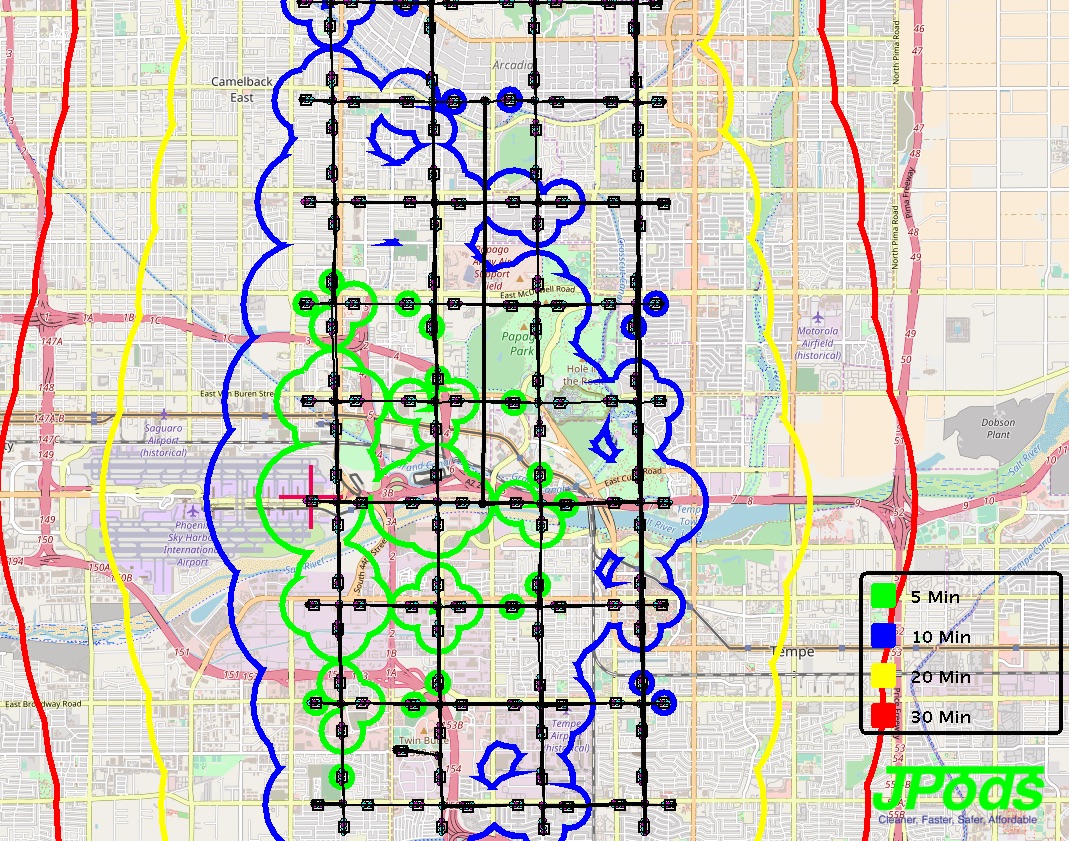 Red Cross is south of the airport.

Illustrated a network in the souther section of District 6. 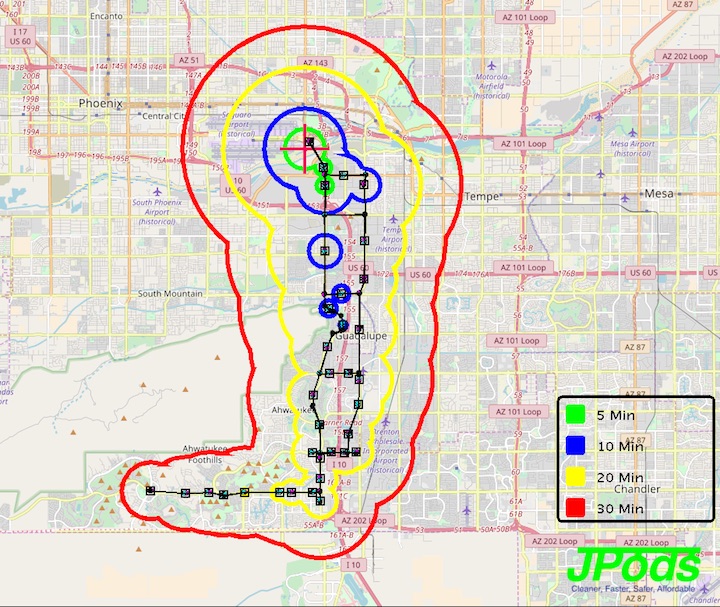 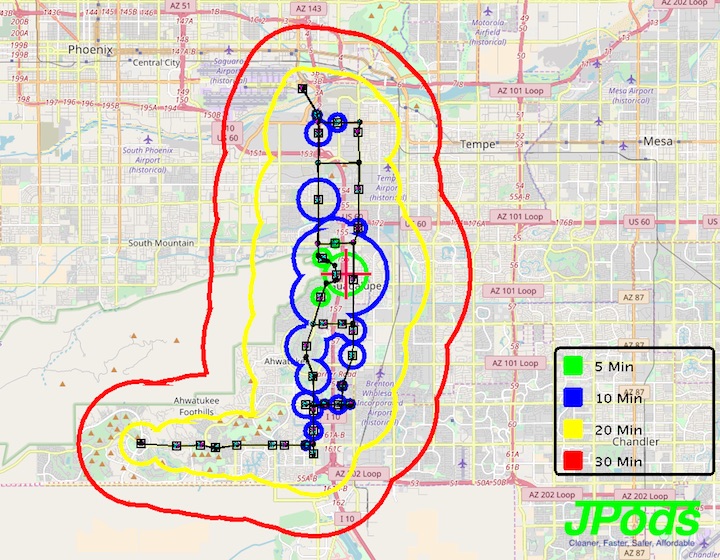 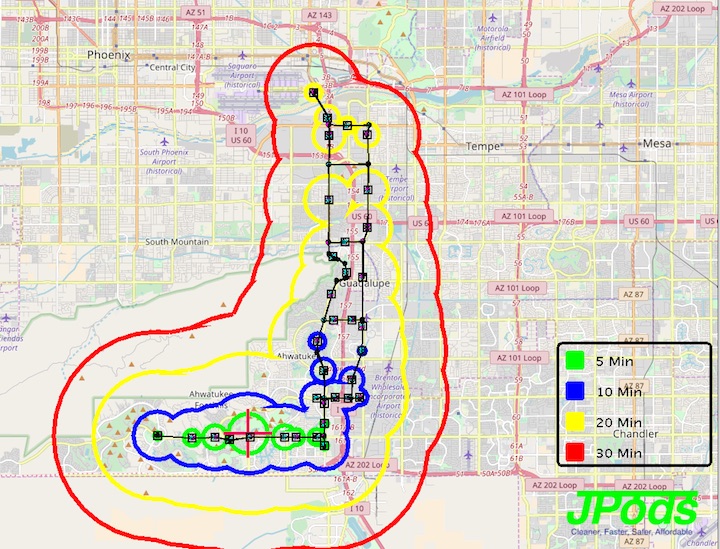 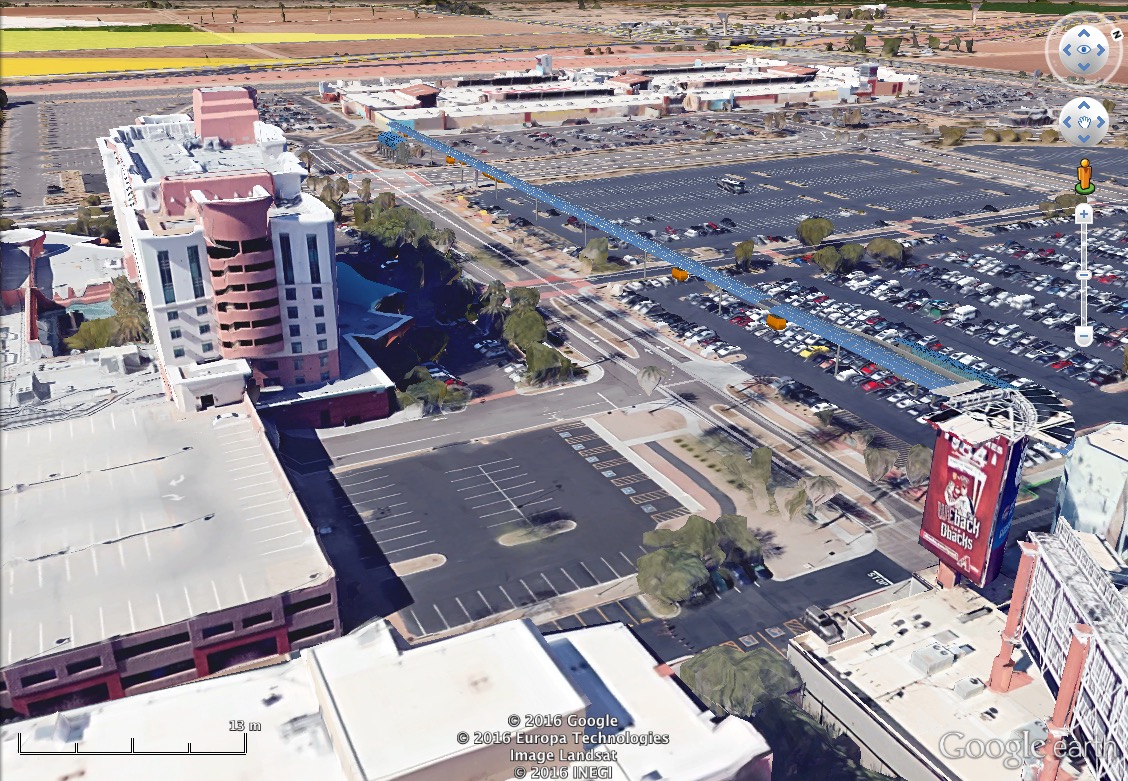 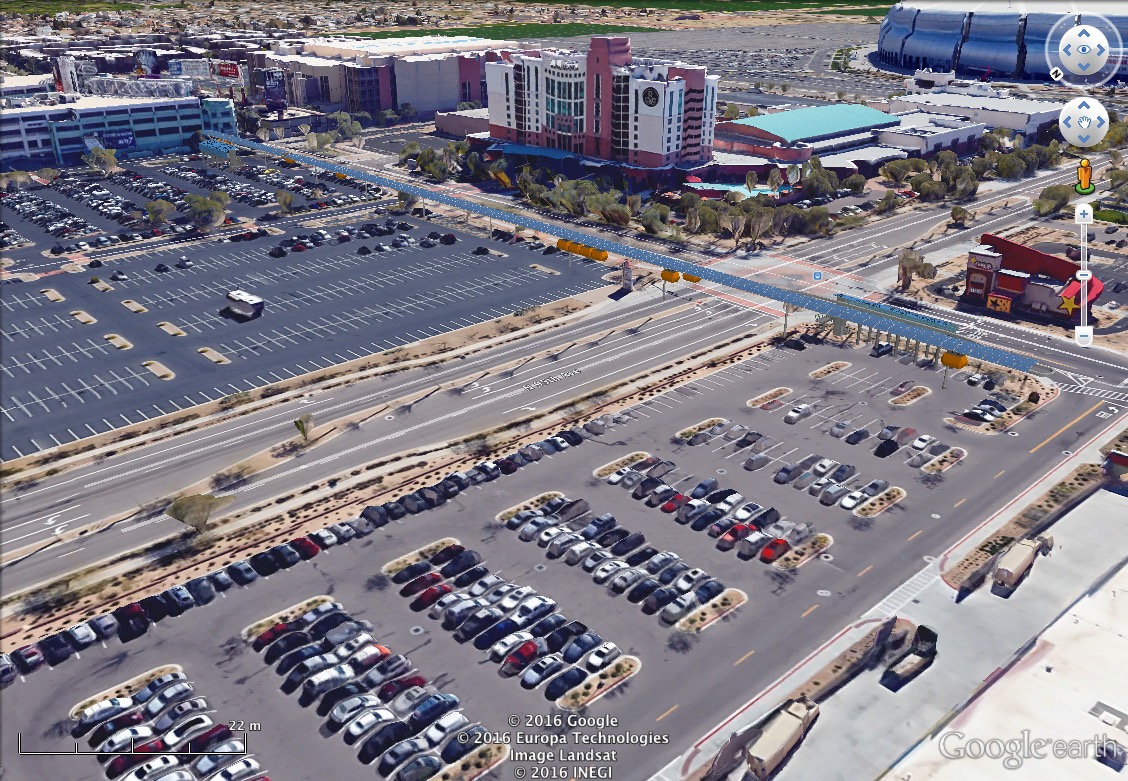 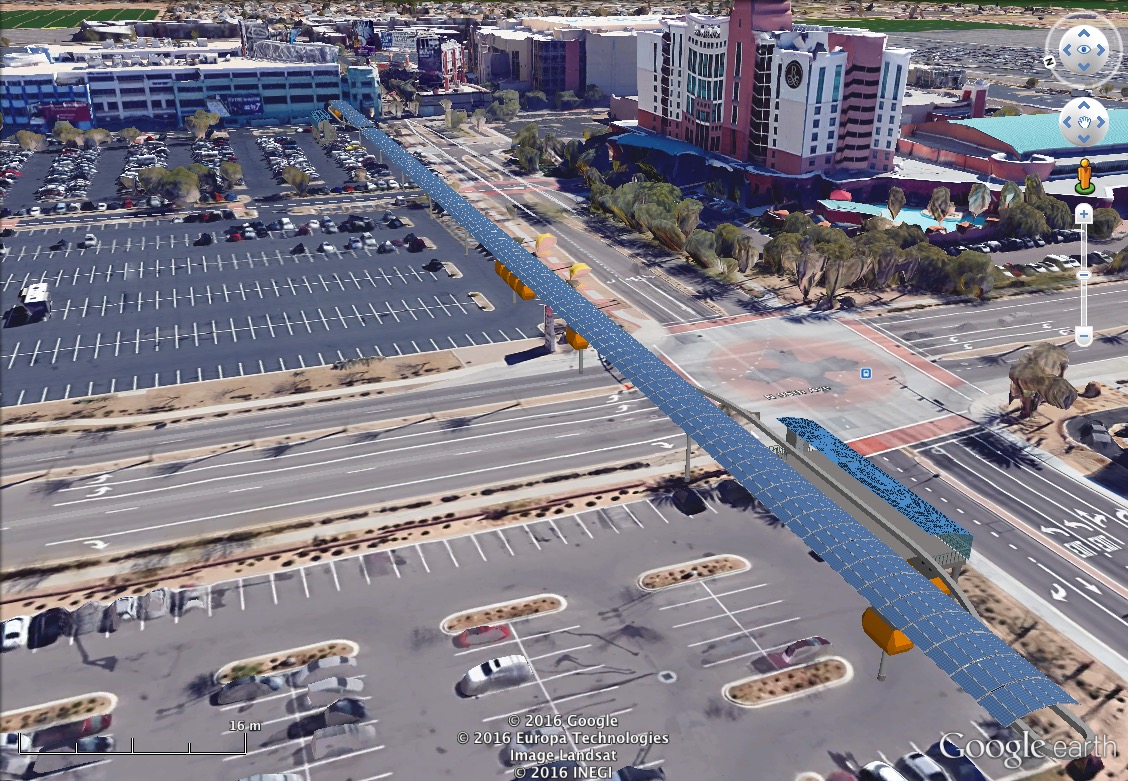 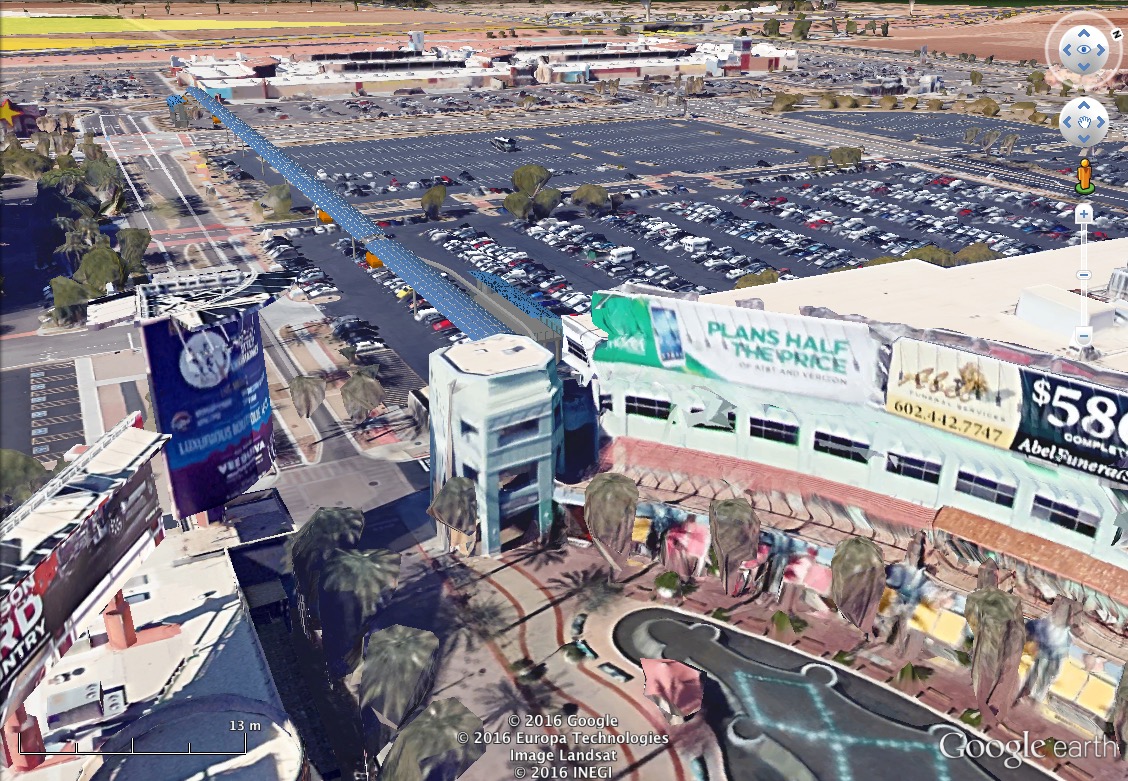 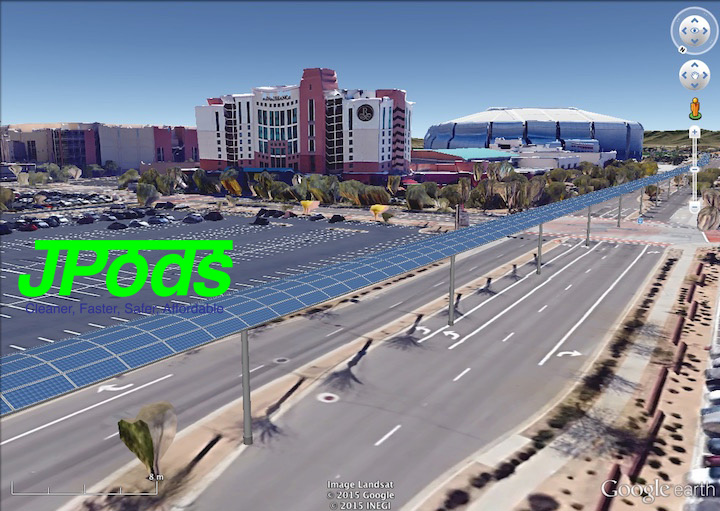 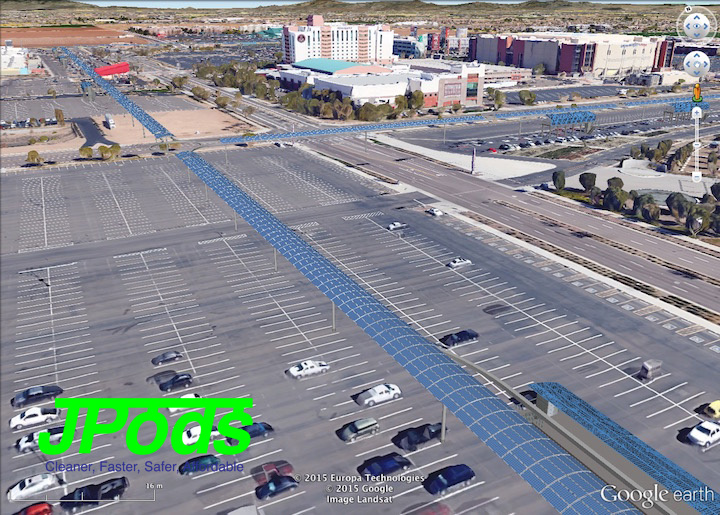 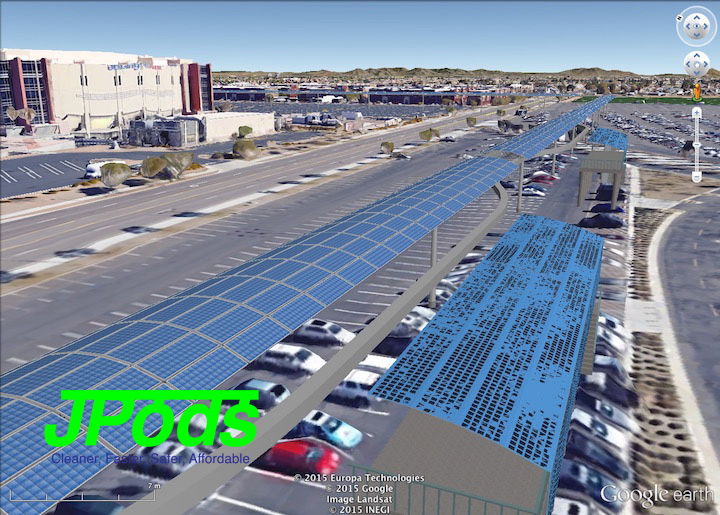 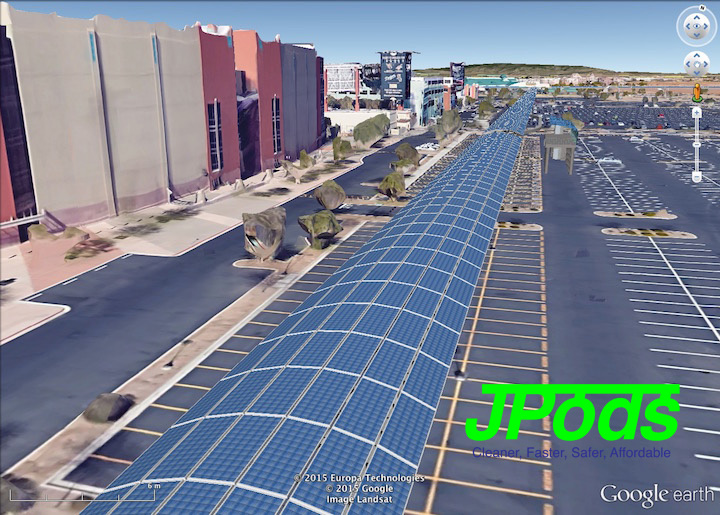 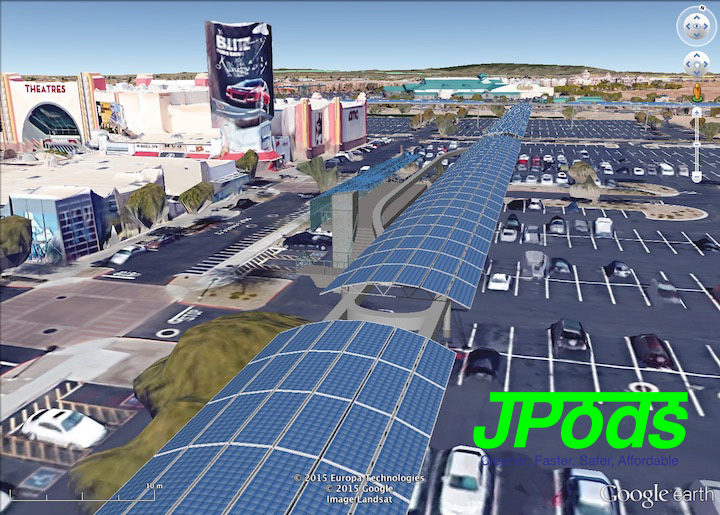 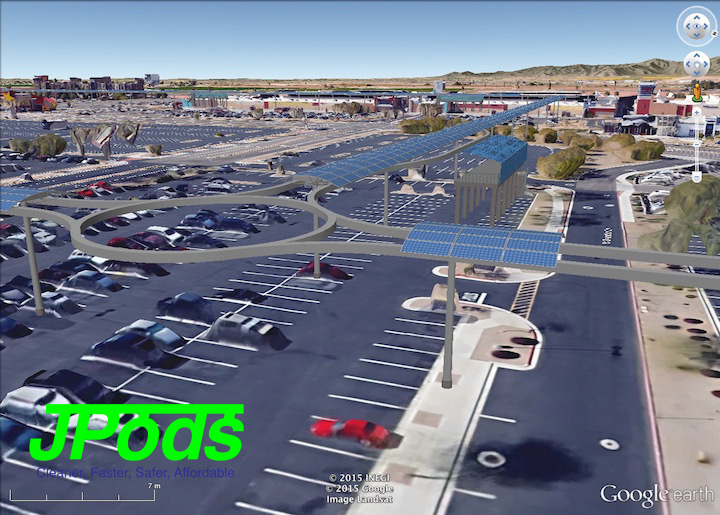 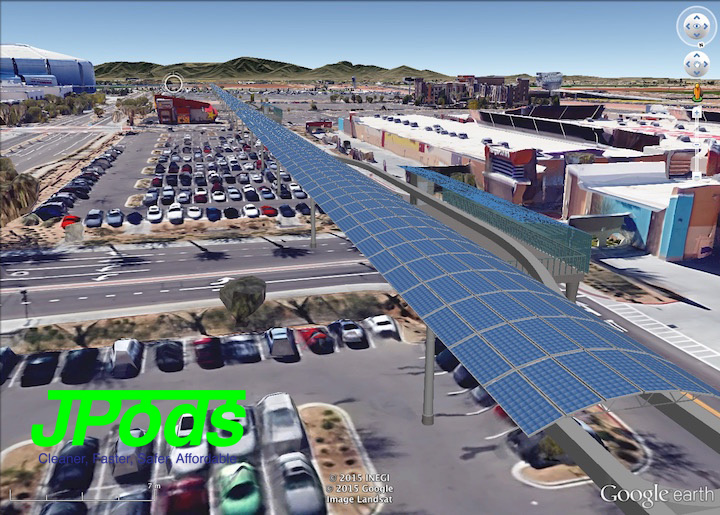 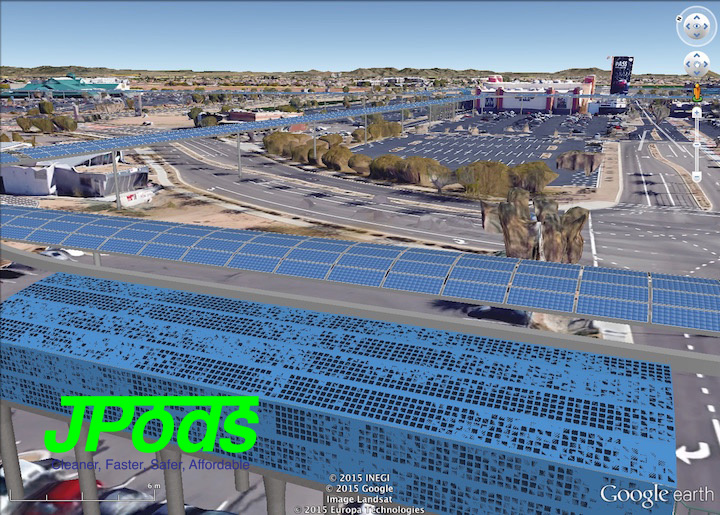 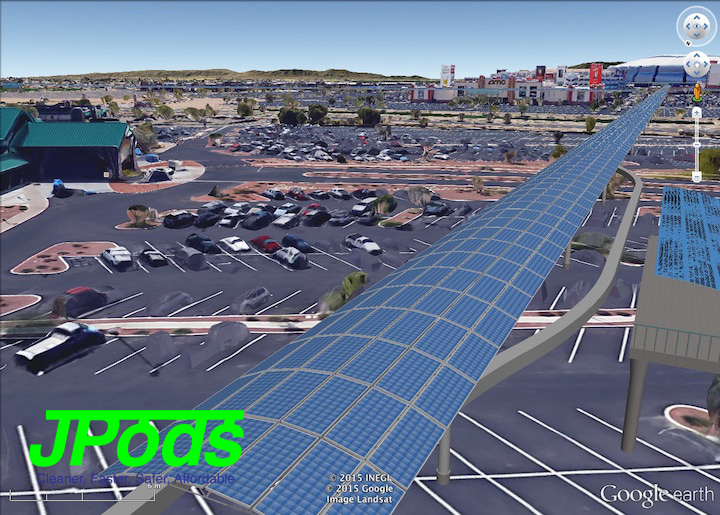