Capital is investing in digitizing mobility:

Who pays for Building the JPods Network

The book Great by Choice, Uncertainty, Chaos, and Luck - Why Some Thrive Depite Them All explains the processes required:

The book Nothing Like It in the World, is a case study on how private capital funded building the railroads. The following graphic illustrates three types of capital are used by two different types of companies:

Repeat the success of communications in power and transportation shift to standards-based regulations. Remove regulatory delays .

The 5X5 Standard provides a simple and effective way to create a stable regulatory environment so $billions will be invested in sustainable infrastructure.

Private capital has stated an interest to invest based on this 5X5 Standard. 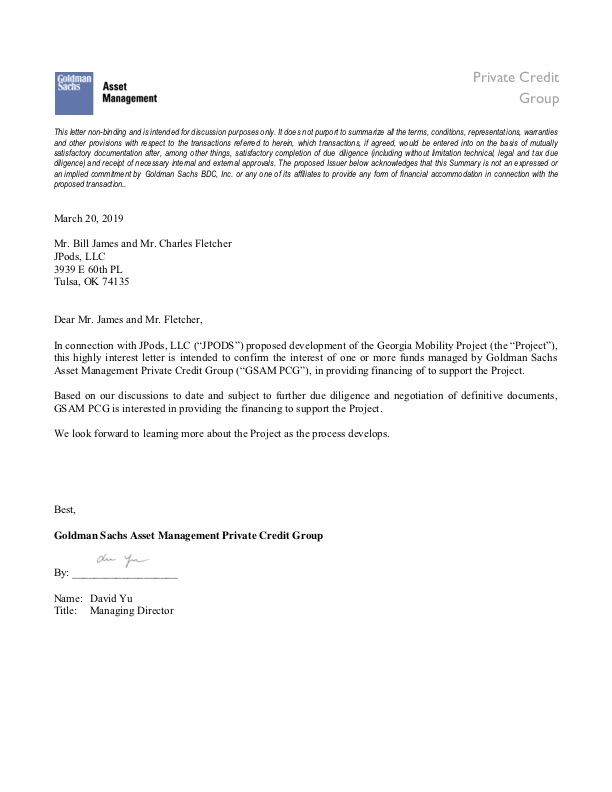 Boston Tea Party resulted in the "post Roads" restriction in the Constitution. It forbids the mixing of Federal taxing for war-powers with taxing for commercial interests, "internal improvements."

Federalist #45, Madison: "The powers delegated by the proposed Constitution to the federal government are few and defined. Those which are to remain in the State governments are numerous and indefinite. The former will be exercised principally on external objects, as war, peace, negotiation, and foreign commerce; with which last the power of taxation will, for the most part, be connected. The powers reserved to the several States will extend to all the objects which, in the ordinary course of affairs, concern the lives, liberties, and properties of the people, and the internal order, improvement, and prosperity of the State."

Federalist #62, Madison: "What prudent merchant will hazard his fortunes in any new branch of commerce when he knows not but that his plans may be rendered unlawful before they can be executed? What farmer or manufacturer will lay himself out for the encouragement given to any particular cultivation or establishment, when he can have no assurance that his preparatory labors and advances will not render him a victim to an inconstant government? In a word, no great improvement or laudable enterprise can go forward which requires the auspices of a steady system of national policy."